“How can anyone see how great you are if you can’t see it in yourself?”

I’ve been wanting to write this post for so long. But, like everything that requires the skill of confidence, I’ve been putting it off. Need to book that dentist appointment? It can wait. Need to call the guys about your car insurance? Hell no. Feel familiar? Yeah, you’re not alone.

I’ve struggled with confidence issues from day one and I still have no idea why. It drives me insane. If the words ‘meeting’ or ‘phone call’ or ‘speaking’ crop up in a conversation, my heart rate increases and I have a silent panic attack. It’s absolutely awful. Sometimes I know why I panic about things, other times I have absolutely no idea.

When the days of secondary school were around, you’d get the added pressure of fitting in with your peers, looking good and owning all the latest tech. Surprisingly, that never really interested me. I was so quiet and that suited me just fine. If someone wasn’t a close friend, I simply wouldn’t speak to them. It was tough getting by, but years later, I finally gathered up my little strands of confidence and pieced them all together, allowing me to talk to new people and make new friends.

These days, I’ll chat to complete strangers in the lift or while queuing for the work microwave without it feeling awkward or unnatural. It seems I only feel comfortable with general chit chat though, because if I had to do the same thing for something important, I freeze up. My mind goes completely blank and the thought of being stuck with nothing to say petrifies me. Just talking about it now is putting me in a really strange mood. *Shudders* 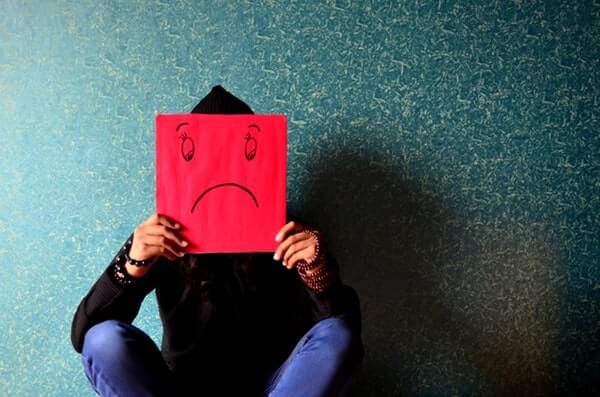 I suppose the main reason for finally getting around to writing about my fears is the fact that it will force me to look into what can help me overcome this awful feeling. My current feeling is that being this way is something that will stick to me for life, but looking back at how far I’ve come since not speaking to anyone at all, I think I’ve done pretty good. Surely I can progress further?

What exactly do you dislike? What is it that scares you? Answering these two questions straight from the off is a good start. Sometimes, it can be difficult to put your finger on it, as there can be so many emotions piling into one. It’s hard to work out which way is up at times, but that’s okay. For me, I hate the idea of public speaking, talking to even a small group of people about something I’m not confident about, contributing ideas, speaking on the phone and being the complete centre of attention. Wow, just a couple of things then… It’s strange, writing that down has actually given me a teeny sense of release.

Funny story. There’s someone at the house right now that I don’t want to speak to, and it’s giving me a horrible feeling inside. A feeling like I want to avoid this person, where it would just make sense to anyone else to say hello and get on with their day. Not me though. I’ll happily just sit here until said person leaves the premises before I venture away from my spot. Pathetic, but real life for me, folks.

Work out how you want to ‘end up’.

Maybe that was the wrong phrasing. I want to end up with a nice sum of money and 20 dogs to look after. I think I mean how you want to be as a person. Ideally, I’d like to not freak out when speaking to people, and to trick my mind into thinking that it isn’t an option to forget all information that’s stored in there. That it’s not possible to look stupid to someone. The day this happens will be a huge sigh of relief…that’s if it does!

I suppose when you’ve decided on this, that’s when you take action and force yourself to stop thinking those thoughts that paralyse you with fear. This is where I stop. As much as I want to overcome this fear, taking the next steps seems so difficult. I’ve still yet to find a time where I can step over than invisible line that’s holding me back, and live a life without worry.

I’ve decided that very shortly, I’ll begin to do at least one thing every day that scares me. This is something that needs to be mentally prepared for. Whether it’s talking about an idea or asking a question I’d usually feel stupid asking, it’s a start. Each day, I’ll be upping my confidence levels, even though it may not seem like it at first. Writing down what you plan to do each day will set it in stone, and you’ll be more inclined to complete the task you set yourself.

If you’re going to do this properly, it’s a good idea to start your positivity and confidence right from day one. Get motivated and go to bed early the night before. Wake up early on your chosen day and make sure you’ve time to shower and get ready for the day ahead. Give yourself a pep talk. Whatever it is that will give you that little bit of a boost, do it. It will be worth it, trust me.

I say all this like I’m a confidence building expert. I’m far from this and it will take a hell of a long time to build myself up. I’d say I’m pretty confident and happy about most things in life. I’m confident being me, with how I look and what I do, even cooking without burning stuff! However, when it comes to my voice box and my silly mind, that’s when I have a problem. I’ll keep you updated!

Does anyone else find it extremely difficult to do any of the things I’ve mentioned here? If so, do you have any advice on how to get rid of the awful feeling and become a more confident speaker? Pointers welcome! 🙂